I wanted to shoot this idea for the 52 Week Project’s second theme, “Backlit” – but I didn’t get a chance to go to the desert and I had so much going on (in my head) that it was hard for me to get anything done. But I took a break and now I’m back – with a new image and a step-by-step of what I did! I’ve never written a tutorial before, so if anything isn’t clear, lemme know 🙂

About the 52 Week Project, I still haven’t figured out how it’s going to work, and Nadeem might not work on every theme with me because he’s super busy, but I will keep announcing a new theme. That is going to keep me committed, and excited, to post something new. Next theme is: color focus (photographs that are mainly made up of one color). I picked this randomly; I wrote down a bunch of themes in tiny papers and folded them and that’s how I’m going to pick a new theme every time 😀

This is usually how I start off before shooting an image – doodling and sketching whatever comes to mind. I don’t always stick to what I’ve written, but the initial idea is there. To be honest, I’m a little embarrassed sharing this, because when I try to describe an idea I have in my head, it’s like.. what is grammar haha 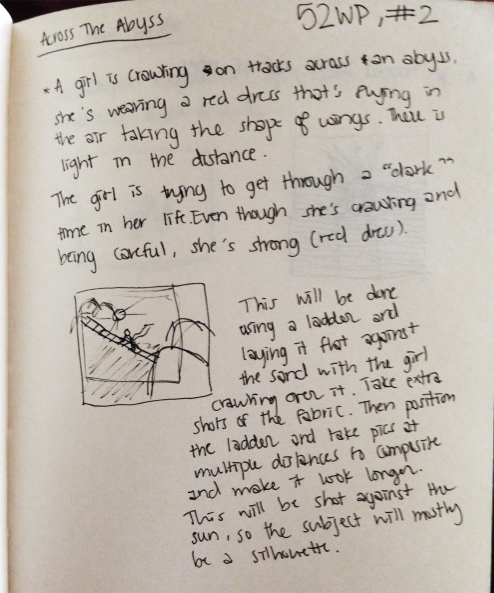 I shot quite a few pictures to get the right pose, and this is the one I chose: 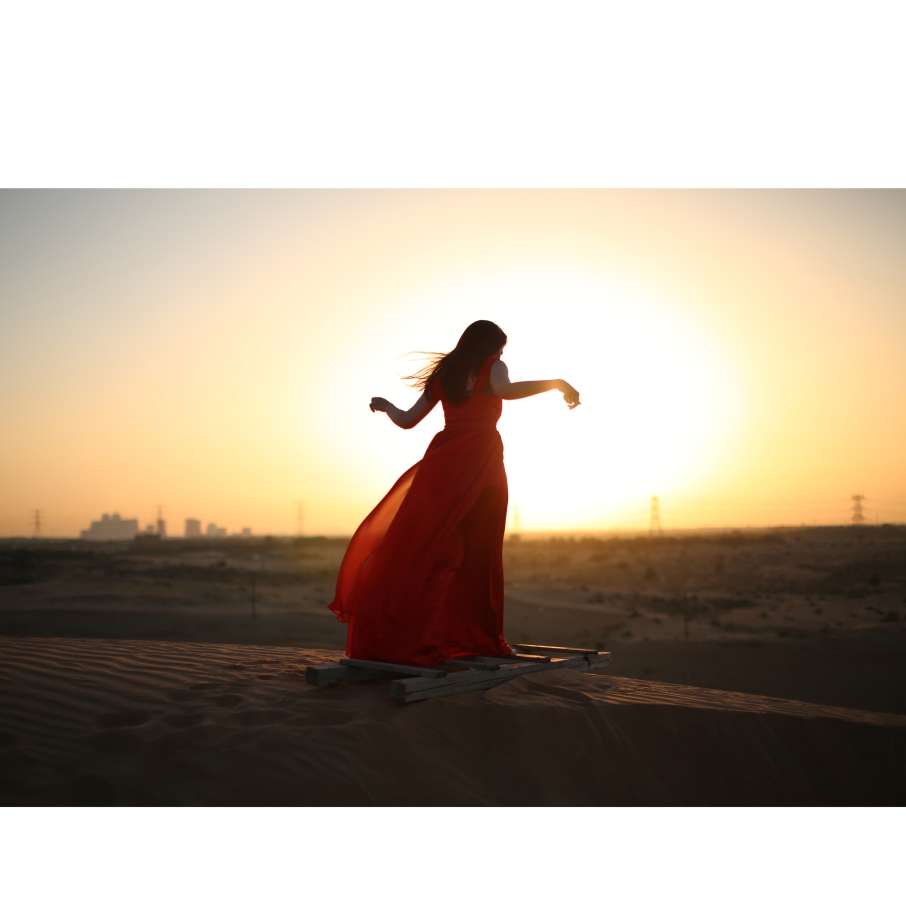 I felt like the dress looked a little bulky, so I used the liquify tool to adjust it: 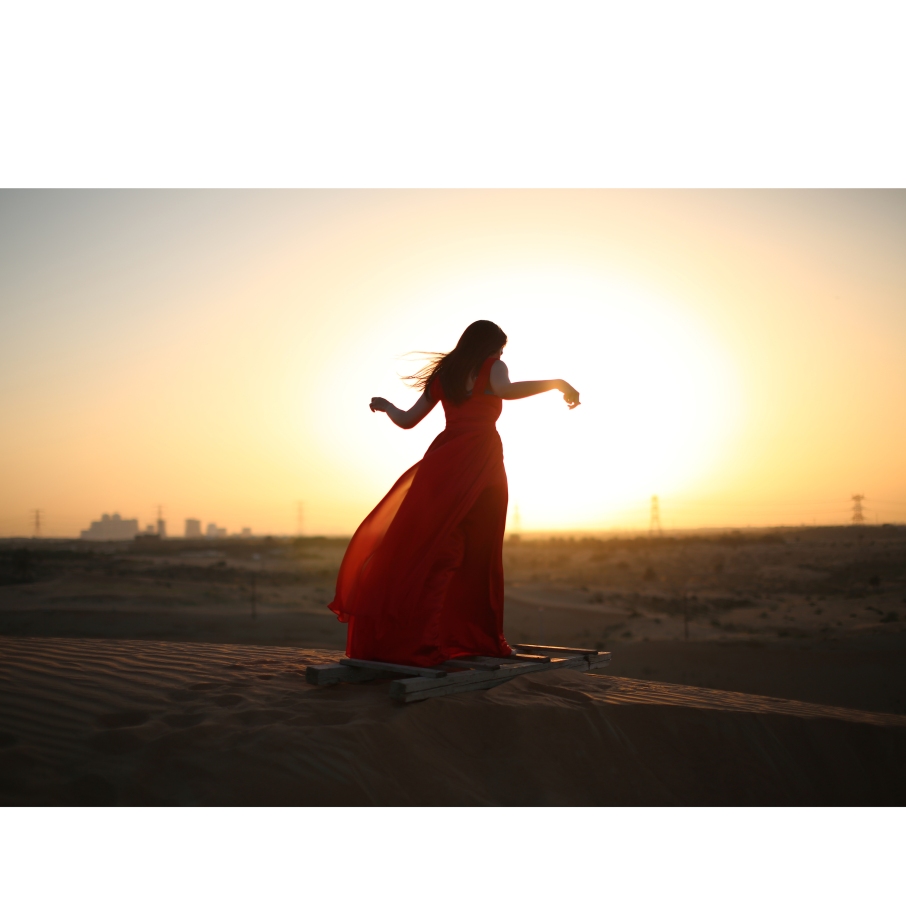 Then I duplicated the image and darkened the whole thing using curves, then masked it so that only the background would be dark. 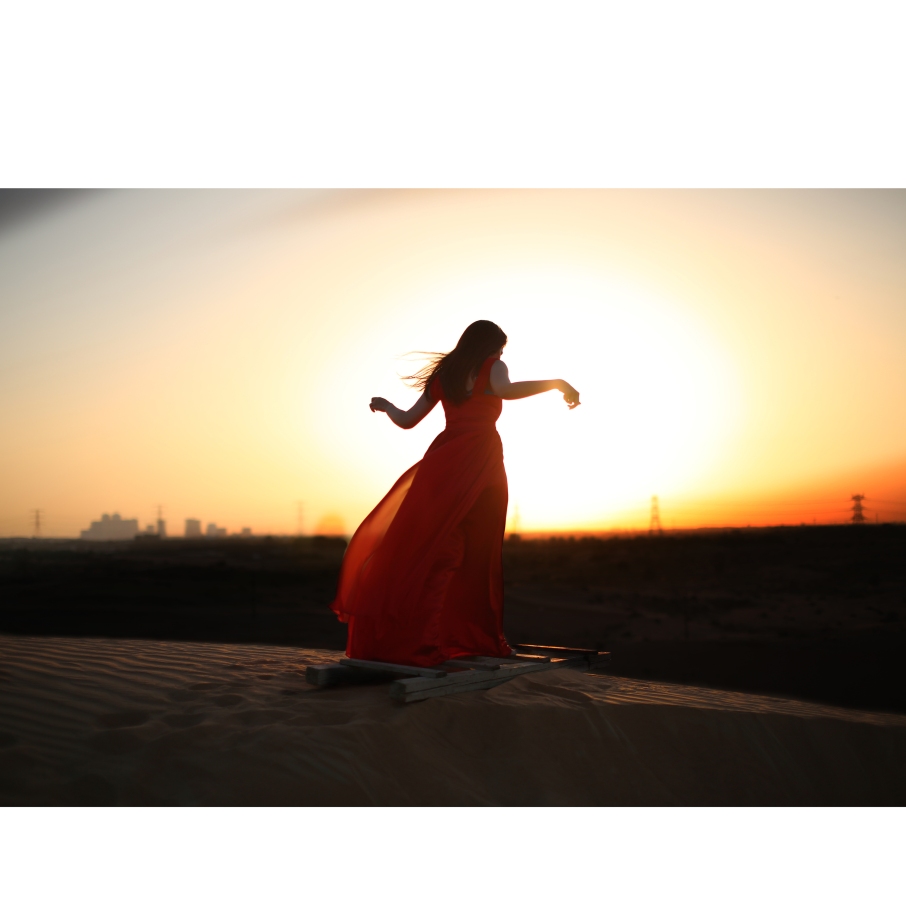 Added the sky and extended the ladder 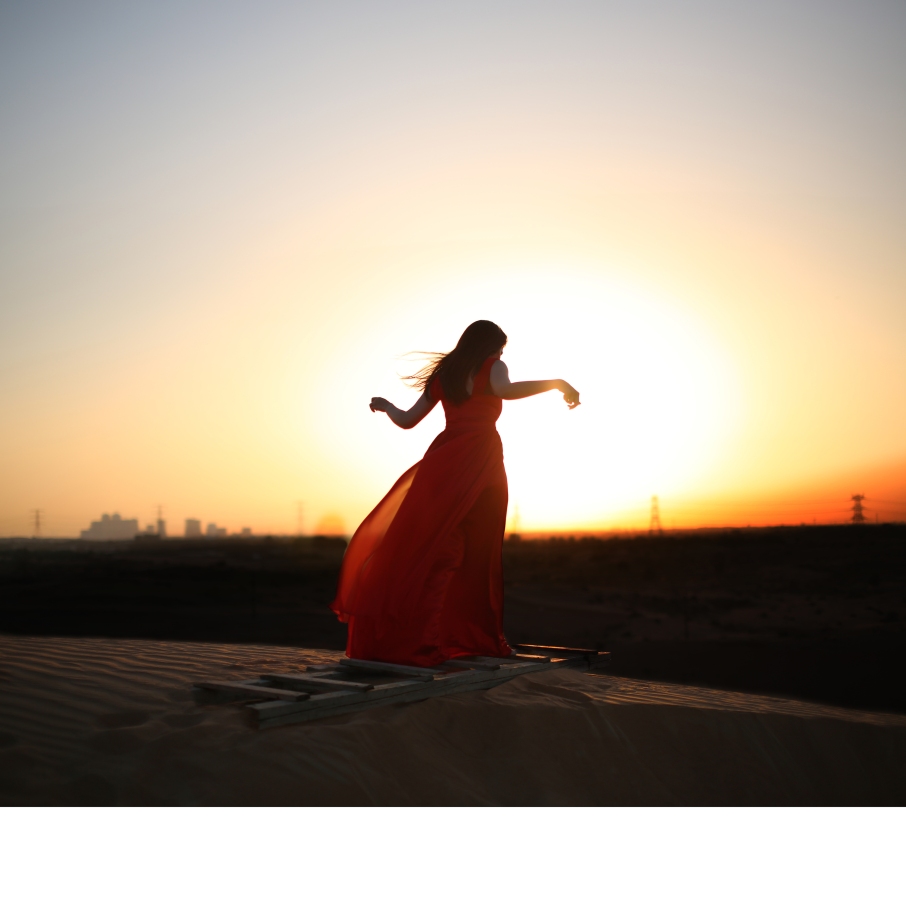 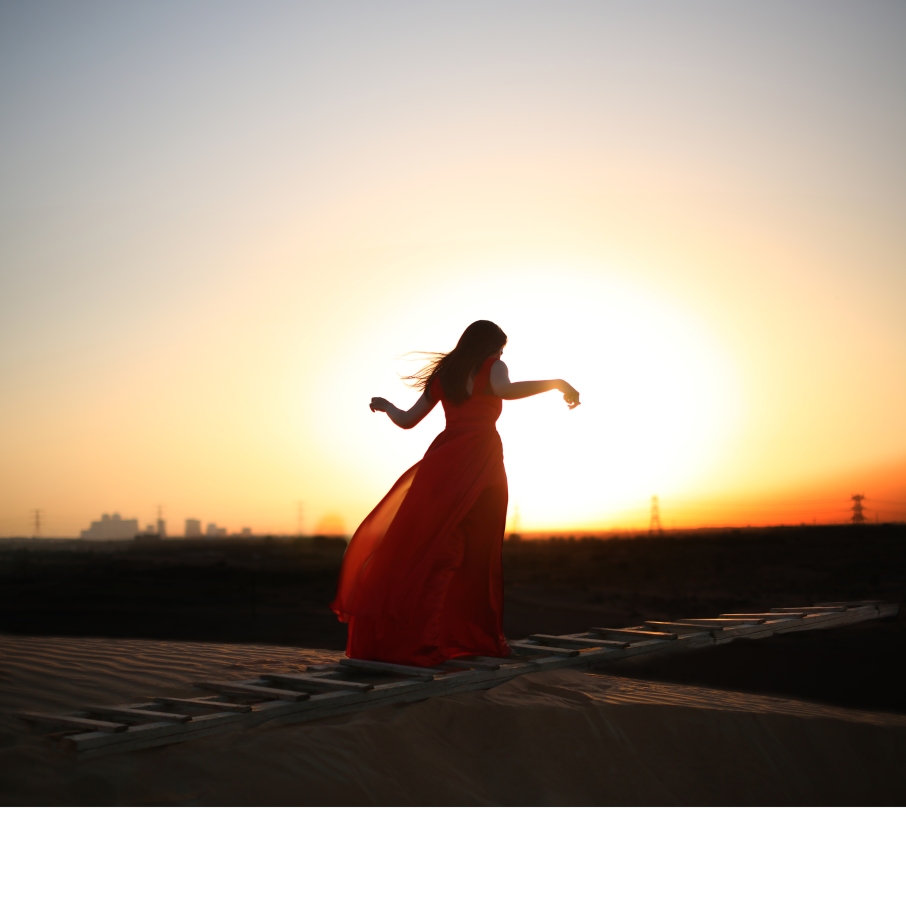 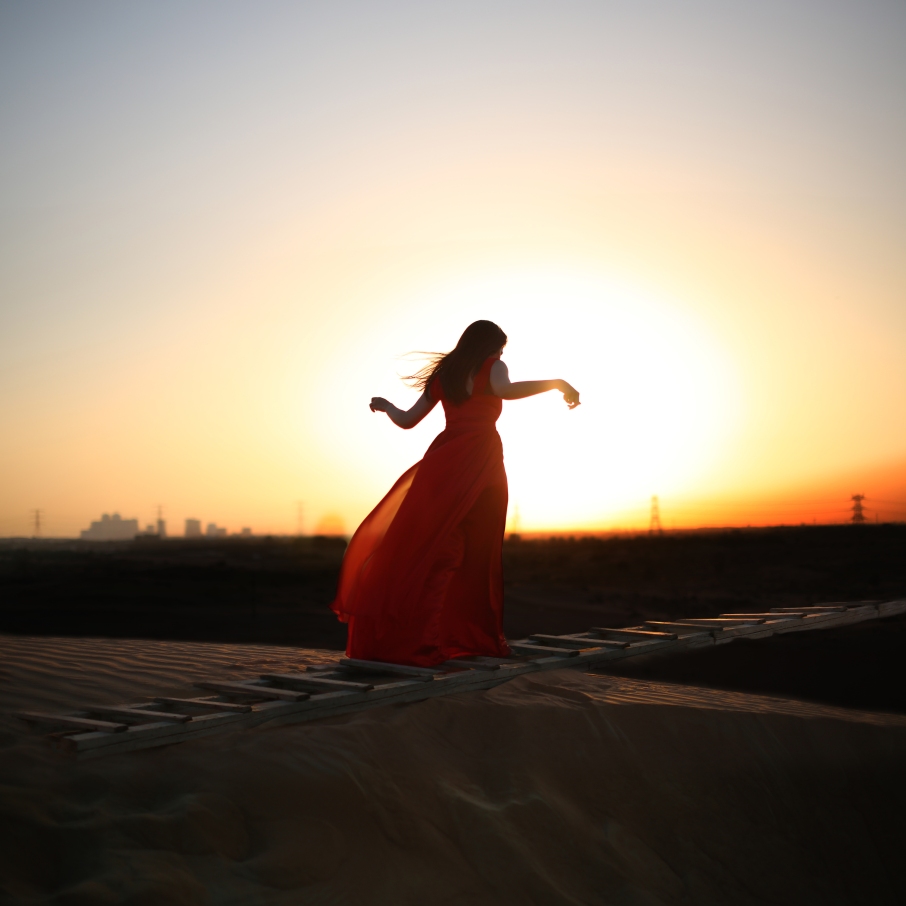 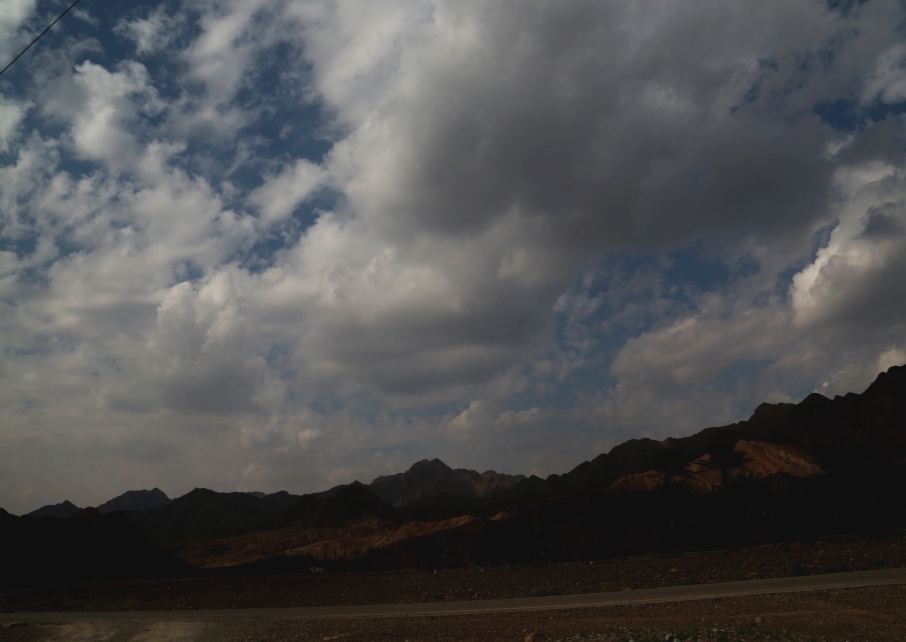 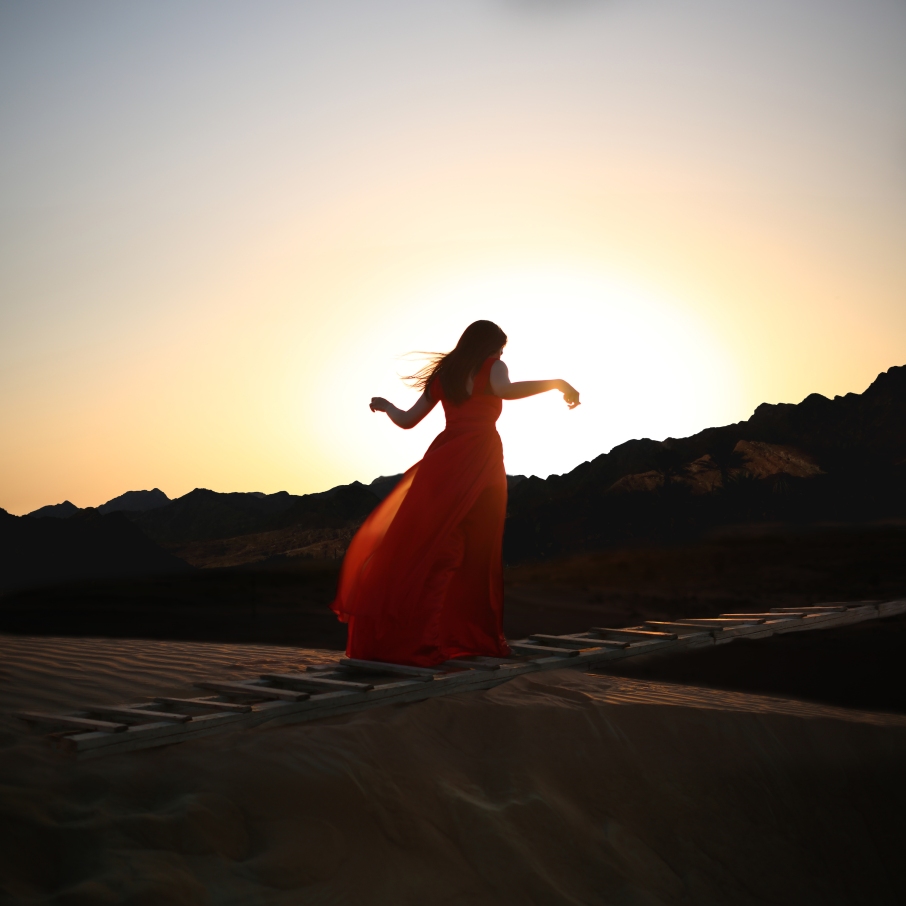 Then I used this image I shot back in December, set the mode to Hard Light at 59% opacity 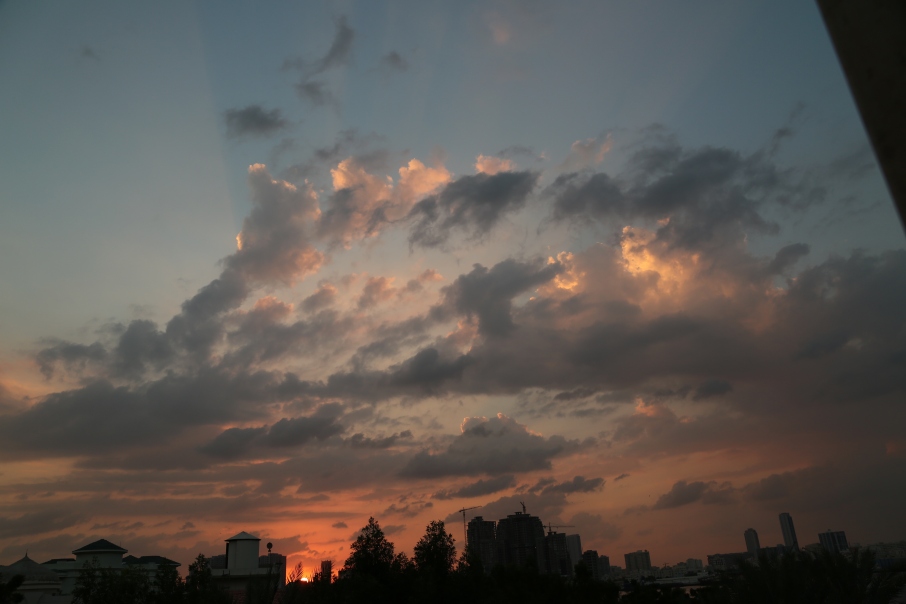 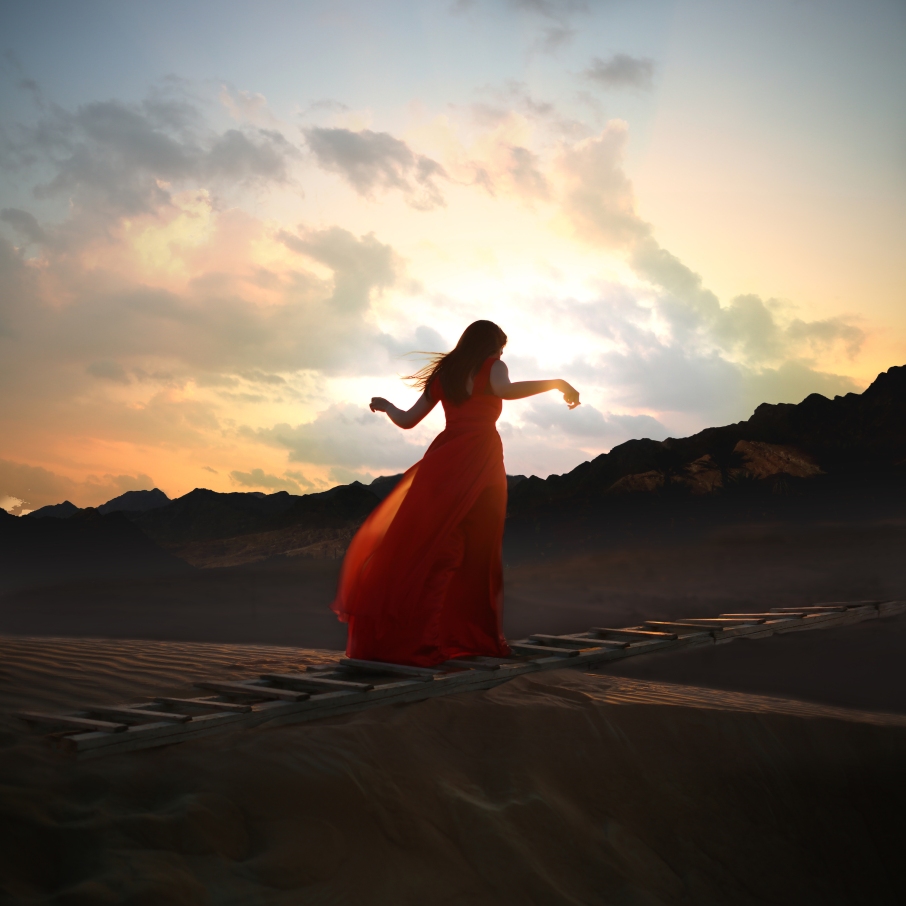 I was going to settle for that sky, but I wanted something a little more dramatic, so I added the sky from the picture of the mountains. I masked it to keep the clouds only, and adjusted it using curves to add reds and yellows. 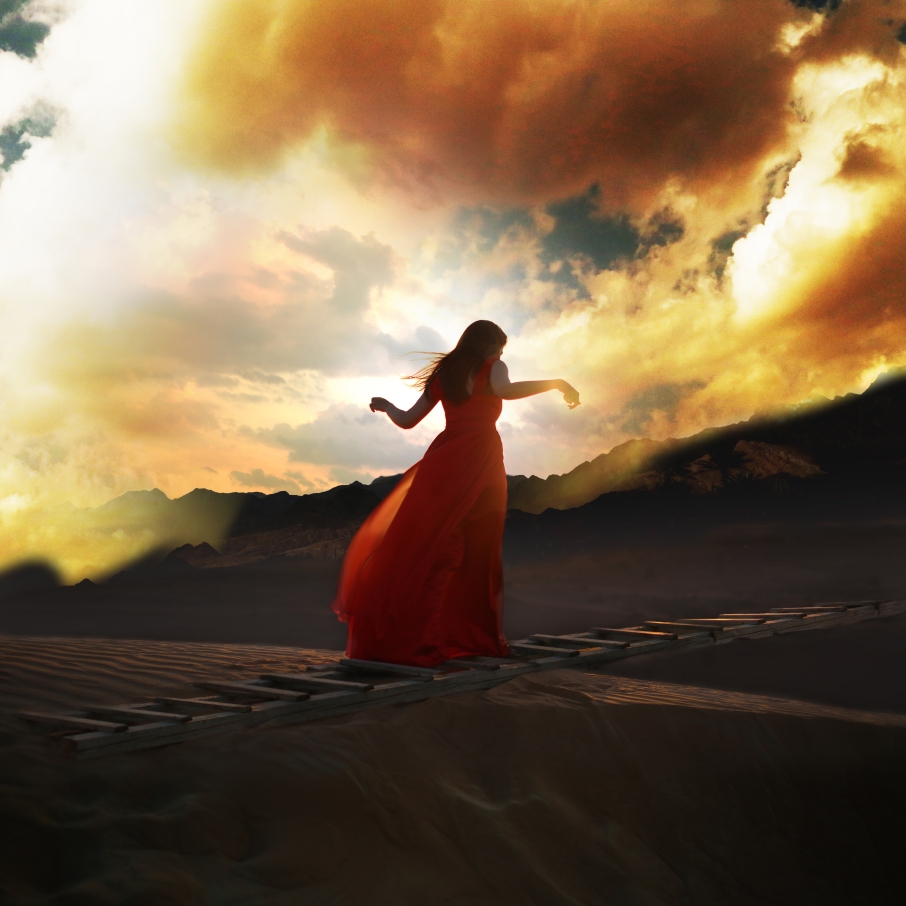 Then I changed the blending mode to multiply at 36% 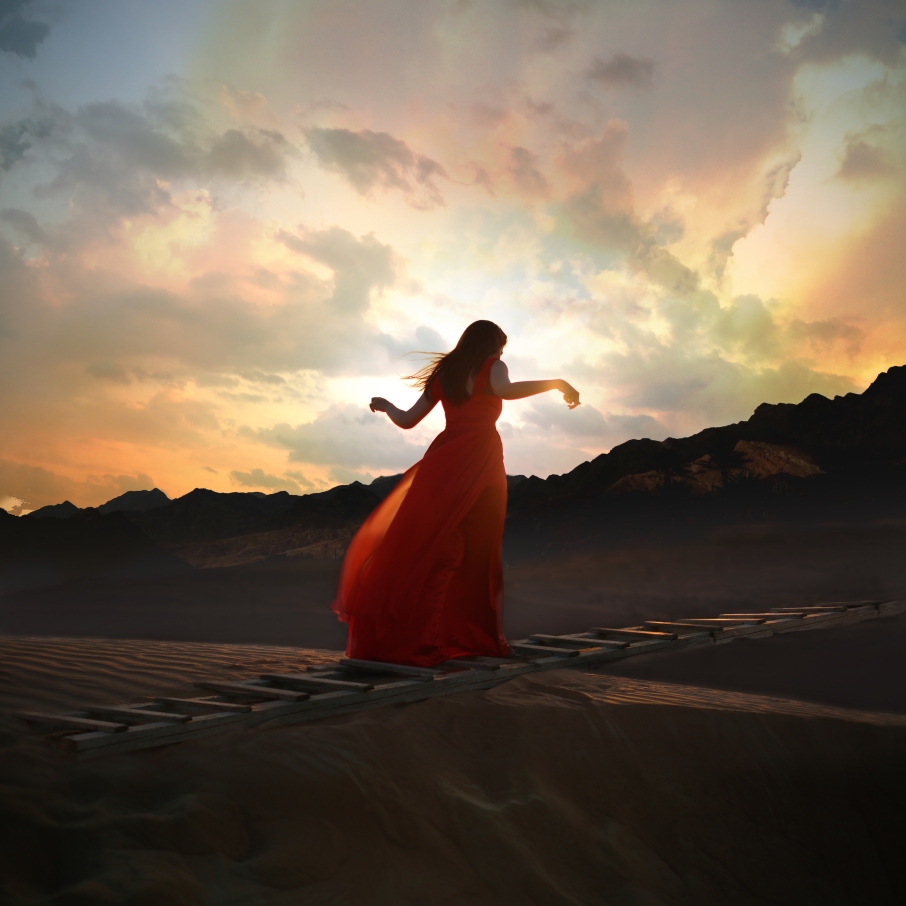 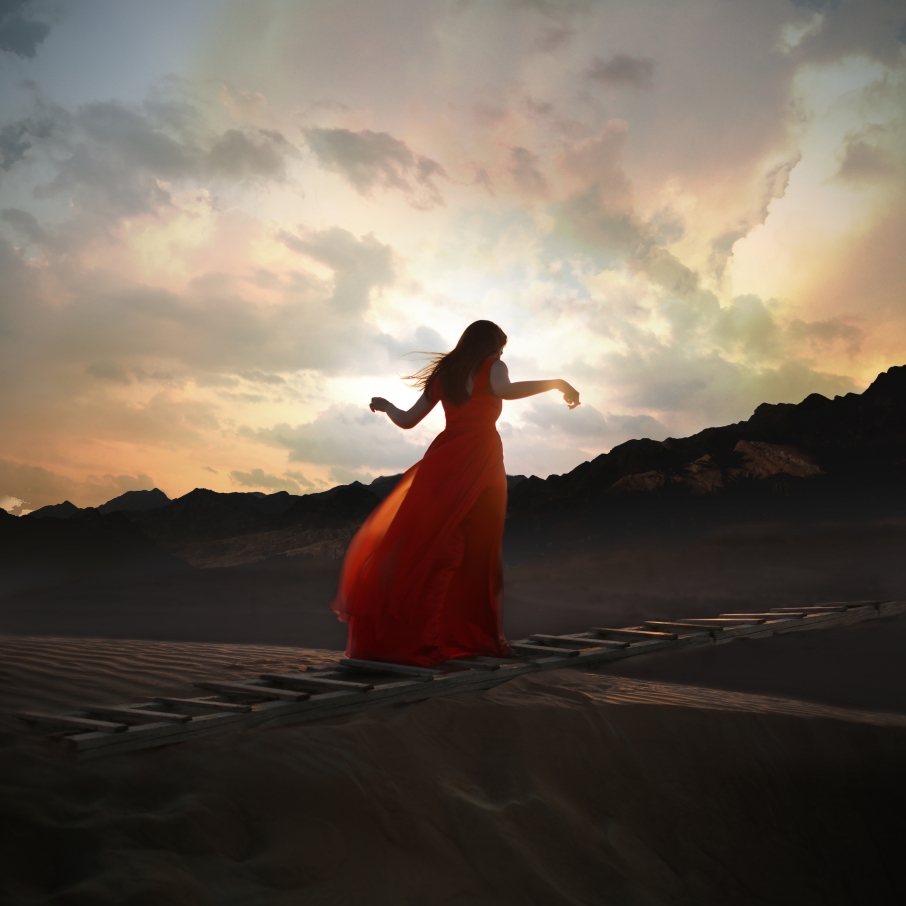 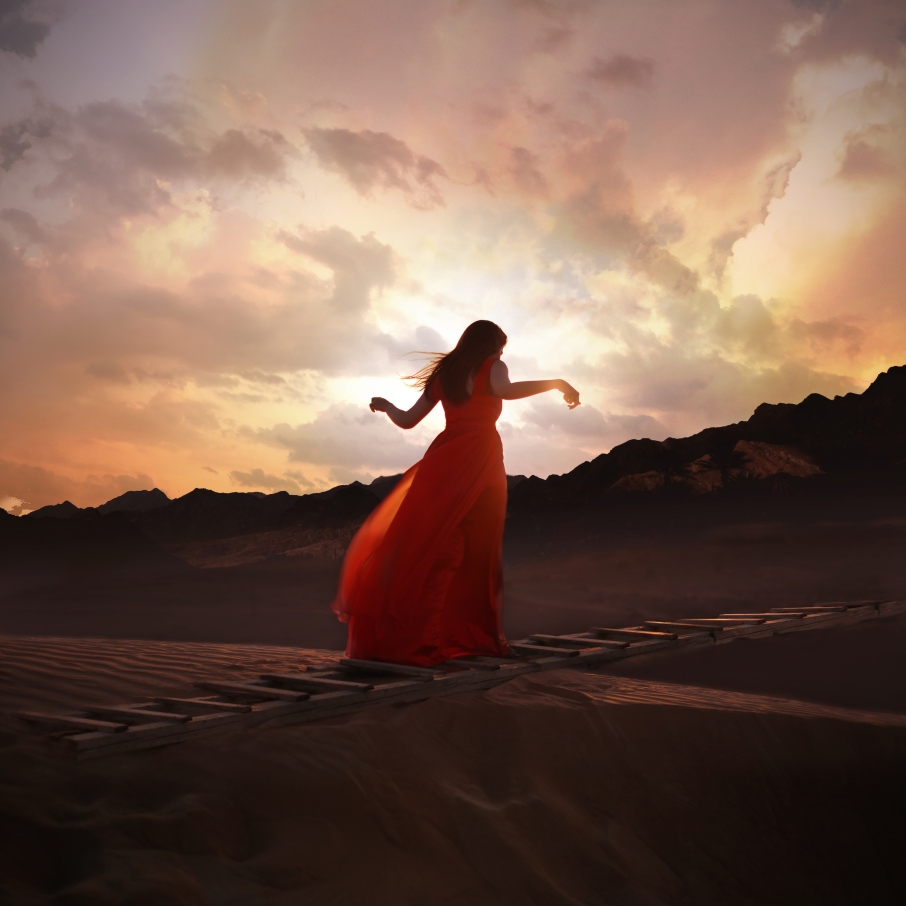 Then I added a vignette using curves 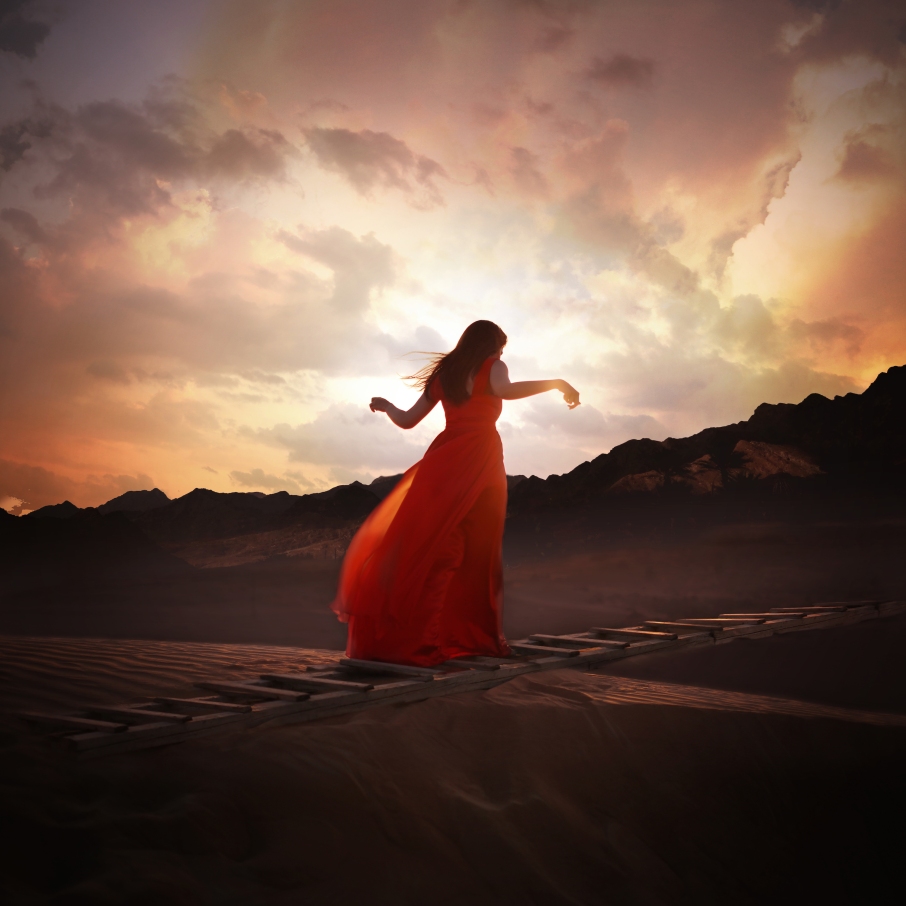 Erased it off the subject and added an exposure adjustment layer: offset +0.0042 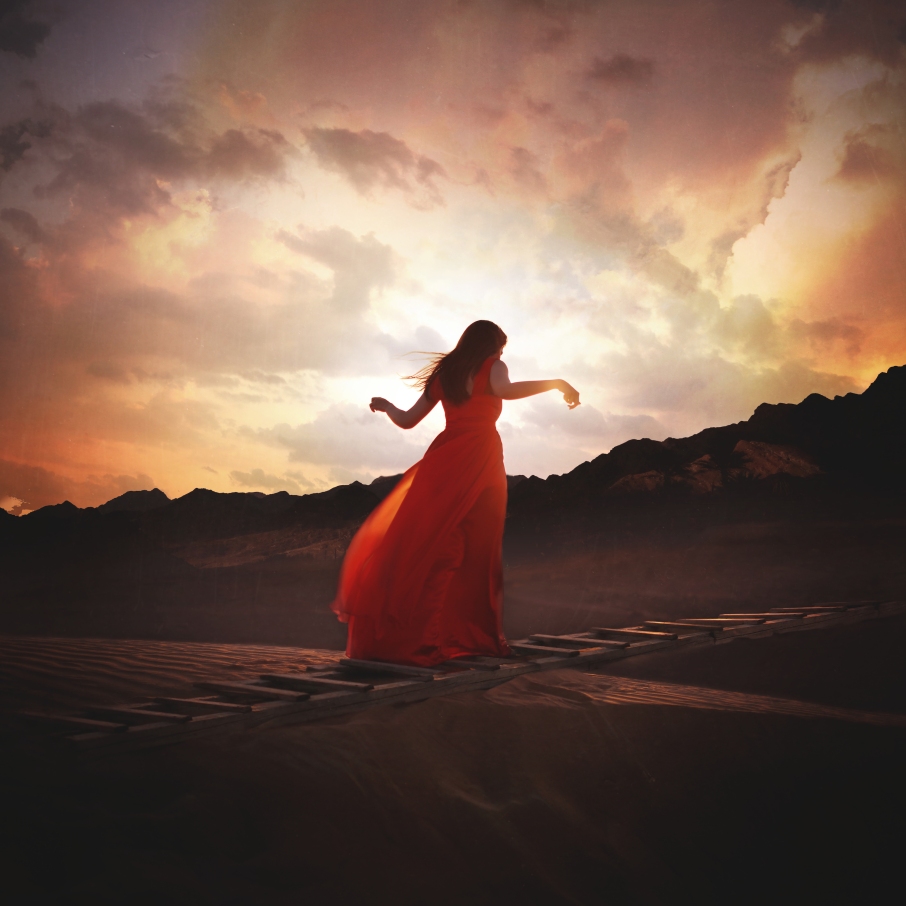 Desaturated at -14 and added a selective color adjustment layer. In the Reds tab, I had cyan at -40, magenta at +1, yellow at 0, and black at +17. I did this mainly because after desaturating the whole image, the reds looked a little dull. 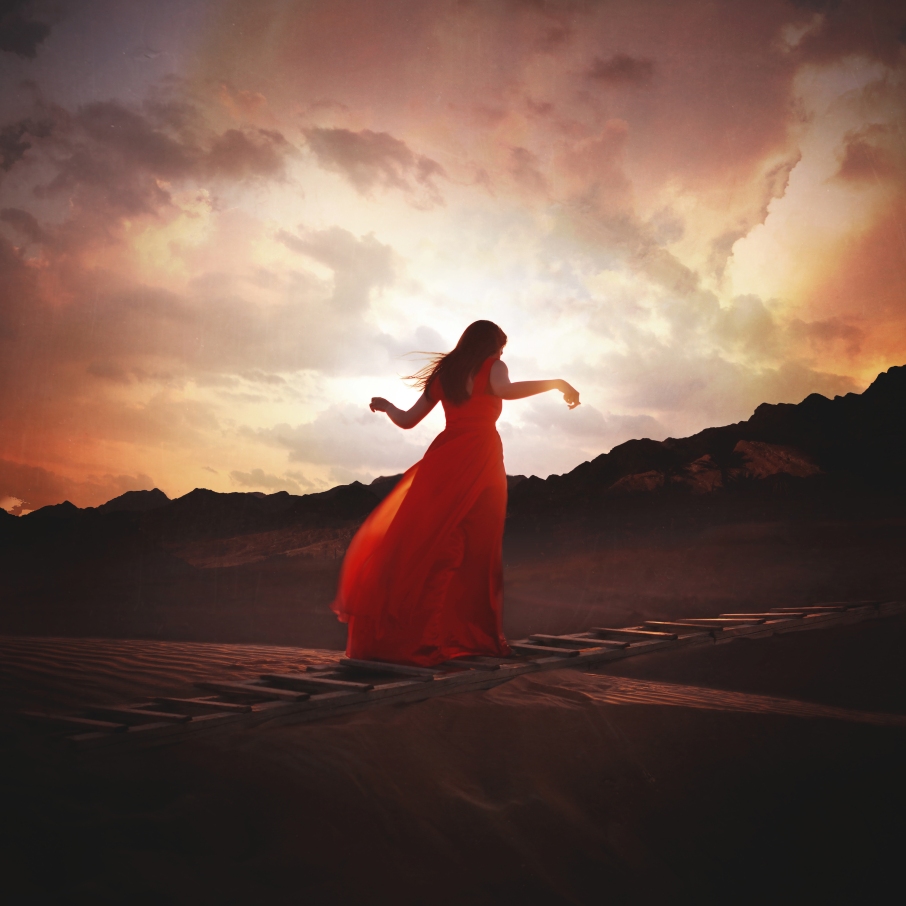 Added another curves adjustment layer and decreased the highlights in the blue tab to make it a bit yellow-er. 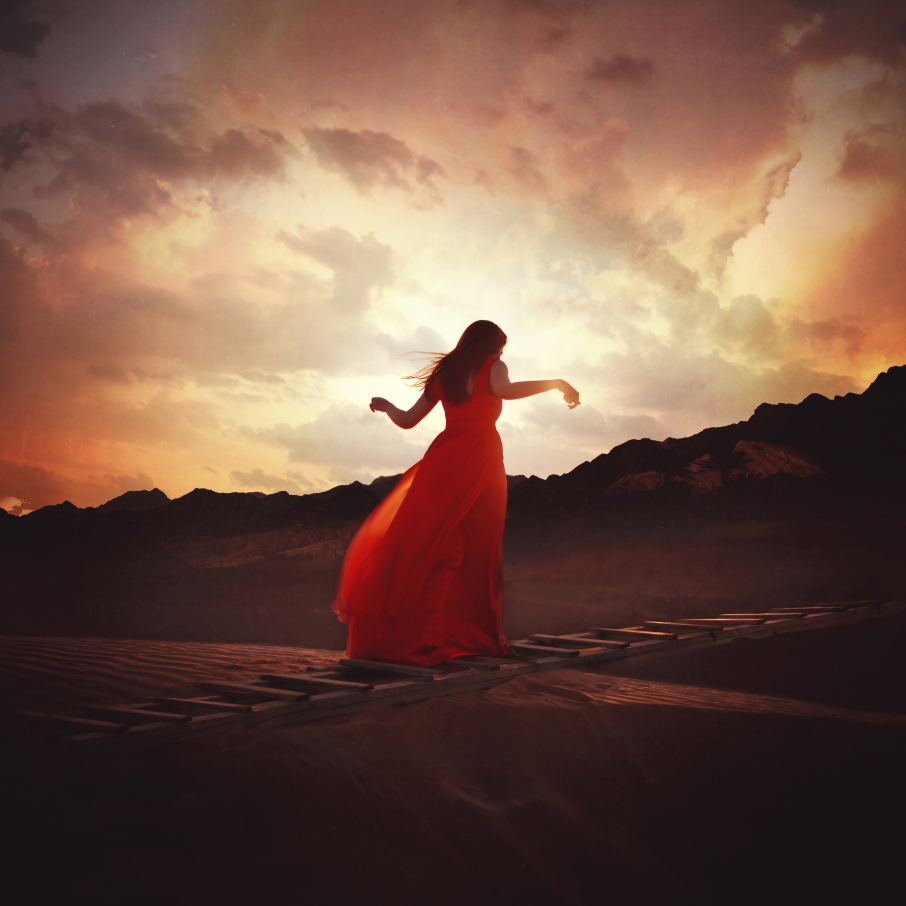 Added another texture and brightened the subject using curves 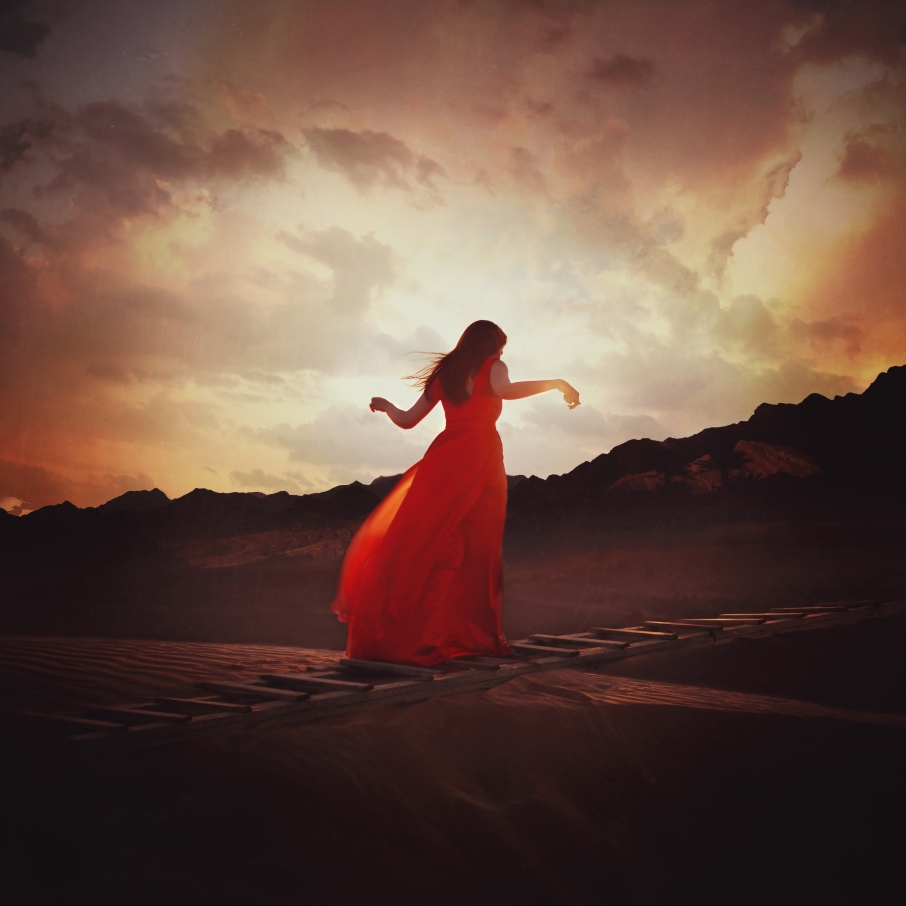 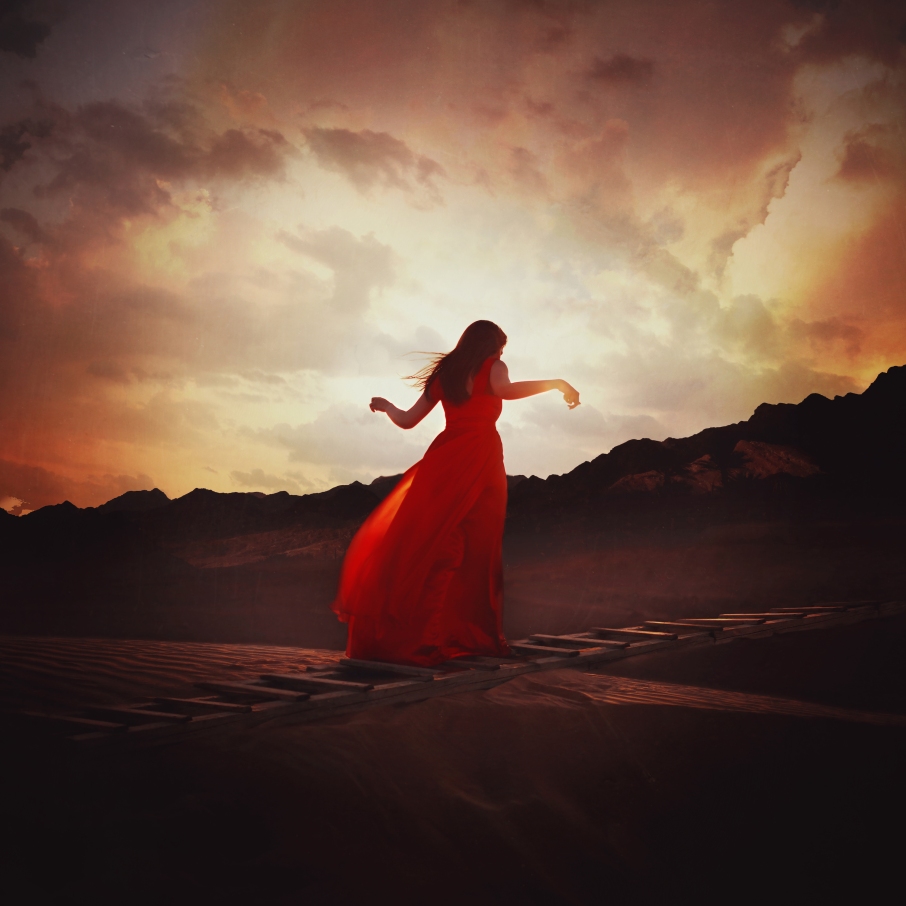 To finish it off, did a stamp visible and added a reduce noise filter and that’s it 🙂 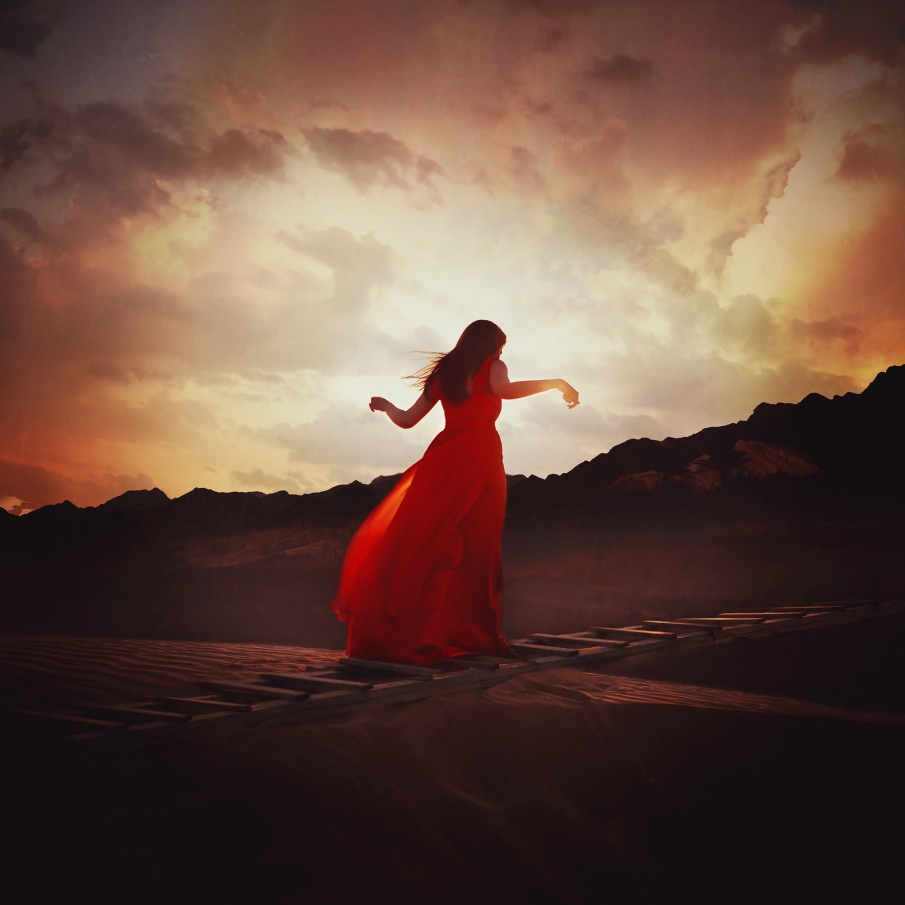 This was so much fun to shoot and edit, and it’s so different than what I usually do. I felt like it has SO much color and most of my work is desaturated, but I always love experimenting!
Do let me know if this helps you in any way, or if you have any questions 🙂