A while back, I wrote a blog post about depression and the stigma that surrounds it in the UAE (and lots of Arab countries). I’ve been thinking about it a lot especially because I haven’t exactly been doing so well.
I was debating whether or not I should talk about this, for the same reasons I mentioned in the last post. But also because I constantly feel like people are just going to get sick of it. A part of me keeps saying that people are probably thinking “oh boohoo, you’re sad, get over it.” And that scares me.
I’ve had quite a few people tell me that I seem to be doing so much better, that I seem happier. And while I’m glad they think that, it’s far from the truth. I just worry that my depression will drive people away, and that’s a terrifying thought. So I slowly stopped talking about it. Started saying “I’m good” when people ask me how I’m doing, instead of telling them the truth.
The truth is that I am so scared.  I’m scared of this monster that seems to be a resident in my head. I’m scared of the thought that things will never get better. And it got to a point where photography isn’t enough. It’s not that I don’t want to do it, it’s that I have no motivation. Sometimes I feel like I’m just dragging myself around and barely functioning. I have ideas. I have so many projects I want to be working on, but I’m struggling with actually getting myself to do them.
So why am I talking about it now? Because when I started this, I was always honest and transparent. I wore my heart on my sleeve. And if opening up about it can help someone else, then I’ll keep talking about it. I also recently read Joel Robison’s blog post on his own depression and was reminded of how important it is to talk about things that people choose to turn a blind eye to. Depression is real and it’s awful and no one should go through it alone. The main difference between now and when I wrote my first blog post about it is that I actually did get help. I’ve been in therapy and on medication for almost two months. Progress is slow, but it’s progress nonetheless. Therapy is hard work and I often (way too often) question if it’s even worth it. Today was one of those days, when quitting seems so tempting, so easy.

But deep down I know that I am not ready to give up the fight. If anything, I want to work harder. Even when it seems like staying down would be easier, a part of me won’t settle for this. A part of me wants to let hope and love grow and foster. This reminds me of a story I read a while back:
One evening an old Cherokee Indian told his grandson about a battle that goes on inside people. He said, ‘My son, the battle is between two ‘wolves’ inside us all. One is Evil. It is anger, envy, jealousy, sorrow, regret, greed, arrogance, self-pity, guilt, resentment, inferiority, lies, false pride, superiority, and ego.
The other is good. It is joy, peace, love, hope, serenity, humility, kindness, benevolence, empathy, generosity, truth, compassion and faith.’
The grandson thought about it for a minute and then asked his grandfather: ‘Which wolf wins?’
The old Cherokee simply replied, ‘The one you feed.’

I’ve been feeding the evil wolf for so long, but that’s slowly changing. And in an attempt to remind myself of why I started this in the first place, and how translating my feelings into images made me feel better, I decided to push myself and create something. 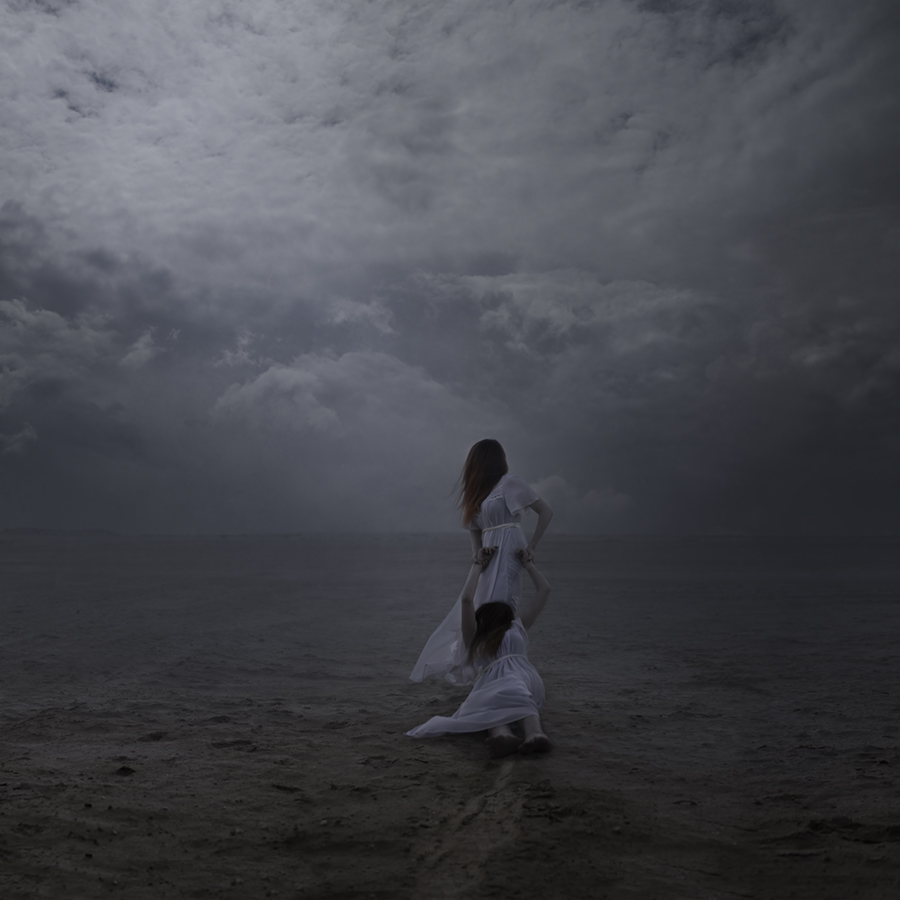 Through Dirt and Uncertainties