Lately I’ve been revisiting old files and going through photoshoots that, I thought, failed. Oftentimes, I would give up on an image way too soon. Sometimes, I know for sure that it’s just not going to work (like when I do an entire shoot completely out of focus >_<), and sometimes it doesn’t turn out the way I wanted it to.
There was one shoot I did back in July that I gave up on that just stood out. I don’t know why, but I felt like I could take it somewhere. That day, I went out to shoot and the idea I had in mind just didn’t work. It was in a place that was under construction and things just kept going wrong. But I thought since I’m out anyway, I might as well try something else. So I just went to a different spot and shot this image.

I thought I would just add a nice cloud picture in the background, play around with color and texture and that would be it. That didn’t work. Masking out the clouds against the trees was nearly impossible and I gave up on it. I played around with lots of different blending modes and nothing seemed to work. 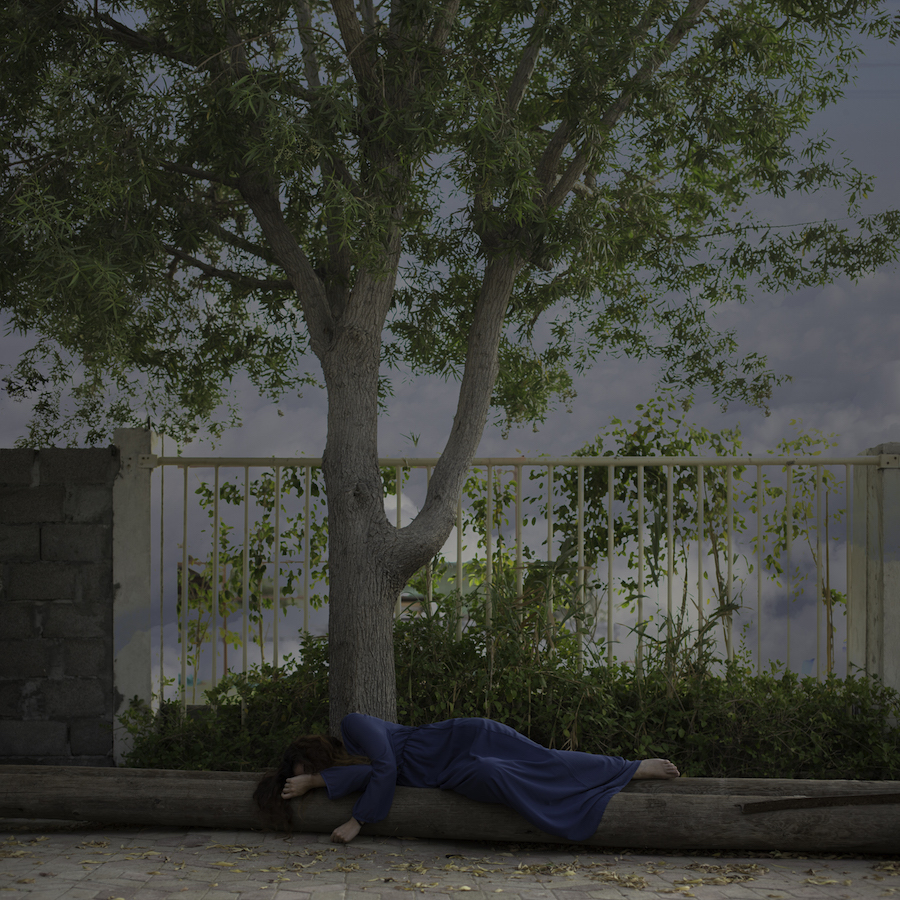 That’s when I stopped working on it and thought I’m just going to put this in my scraps folder. But then after lots and lots of playing around, not knowing what I was doing exactly, I ended up with this.

I don’t think I’ve ever done this before – create something without knowing what I want to create. Shooting spontaneously is different because I think of an idea on the spot, but with something like this, I just played around with photoshop. And I actually really really enjoyed it. And I think that’s mainly because I had no preconceived idea of how the end result is supposed to look like. I kept randomly thinking oh what if I added more leaves at the bottom of the image, or ooh what if there was an ocean underneath her. And then as I added the water and was turning my layers on and off, I really liked how my layer mask made it look like it’s fading and that made me want to add some sand into it.

Now I’m excited to go back and see if I have anything else that could turn into something I like! And speaking of excitement, I recently had my first exhibition with the gallery I’m represented by, The Empty Quarter. It was a group show, and there were some incredible photographers there as well. I love stuff like this because I get to meet such interesting people!

And here’s my excited face at the exhibition 😀 more pictures here.