Skip to content
Posted May 15, 2014 4 Comments by Amani AlShaali

Sometimes it’s easy for me to dwell on the bad things that happen, and let good moments pass me by. In an attempt to be more aware of the good things that happen while they’re happening, I keep telling myself “remember this. Remember this. Remember this.” and I take a mental image of everything around me, I try to be aware of how I feel at that moment, I try to remember all the details of where I am and what I’m doing, and even what I’m smelling or eating or drinking. Everything.

These past few days, I’ve had so many Remember This moments, and I’m sharing them not to boast or anything, but to tell you that good things do happen when you believe. I thought it was a myth, I thought staying down is safer. But it’s amazing what you can achieve once you open yourself up to all the possibilities.
The awesomeness started on the 12th of May, when I left to Abu Dhabi with my sister (it was her birthday) for the Emirates Photography Competition awards ceremony. The plan was to spend the night so we wouldn’t have to drive all the way back at night (it’s a two hour drive), and we were super excited because we’d never spent the night in a hotel alone without our family.

Took these while driving. Yes, I need to stop doing that haha.

For some reason, my sister and I could not stop laughing at this picture. 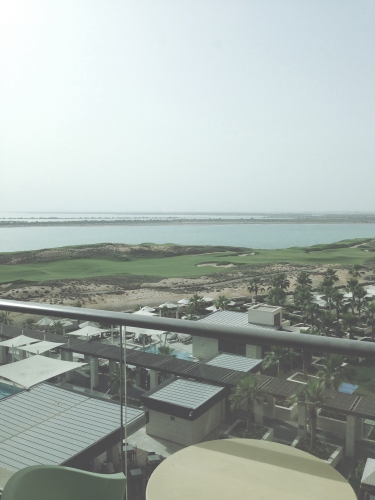 We had the most beautiful view. 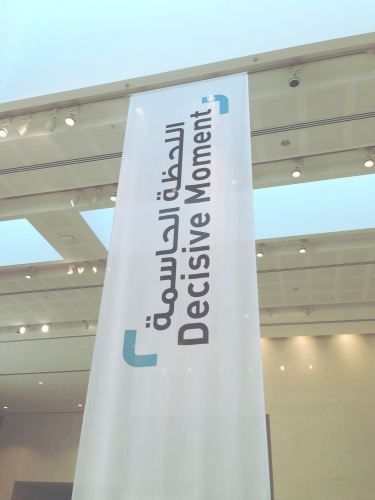 We had to leave for the ceremony half an hour after we got to the hotel. The theme for the competition was Decisive Moment, but they were accepting lots of different categories.

Of course, a “selfie” after rehearsals were over and right before the event started. A little too excited? Maybe.

Winning felt.. unreal. And second prize, wow. I mean, they’d sent me an email telling me that I won, but I didn’t know which picture won or anything at all. This was in the Emirati Photo Award Category.
I was all shaky and giddy and excited after getting off the stage for like 10 minutes, when they called my name again. I did not believe it. I was all, you’re kidding right?!

It was the same picture that won, but in another category. Bronze medal in the Color Photo Print category.
This is when I started trying to remember everything. First time I got up, I was too overwhelmed to notice anything. I think I mumbled a thank you while grinning. And of course, I was still shaky. Few minutes later, I hear my name again. At this point I was all nope, this isn’t happening. Haha it was unreal. 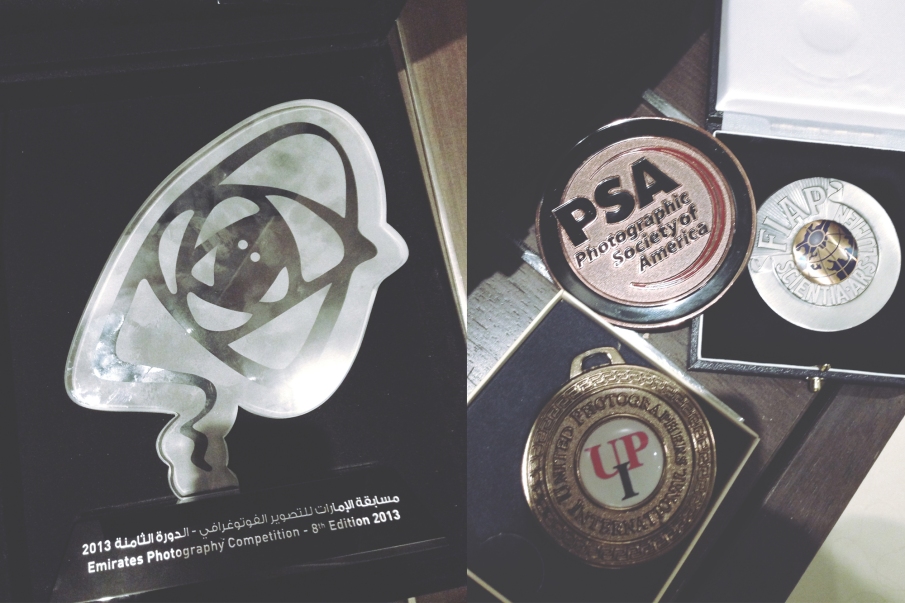 Meet Noura, one of my best friends. I had no idea there was going to be an exhibition for the winners. But it was an awesome surprise.
If you guys are interested in checking out the other winners, they’re all here. There were some incredible pictures and I was so honored to be among them.

After the ceremony, I was approached by an Emirati guy from Abu Dhabi TV. He asked me if I’d be willing to go into the studio the next morning for a live interview. Of course, I said yes. But everything in me screamed NO NO NO. Because it was live, because it was in arabic, and because I’d never done anything like that before and I was scared.

Noura was awesome enough to go with me to the interview the next morning and kept giving me pep talks to calm me down. She’s awesome. 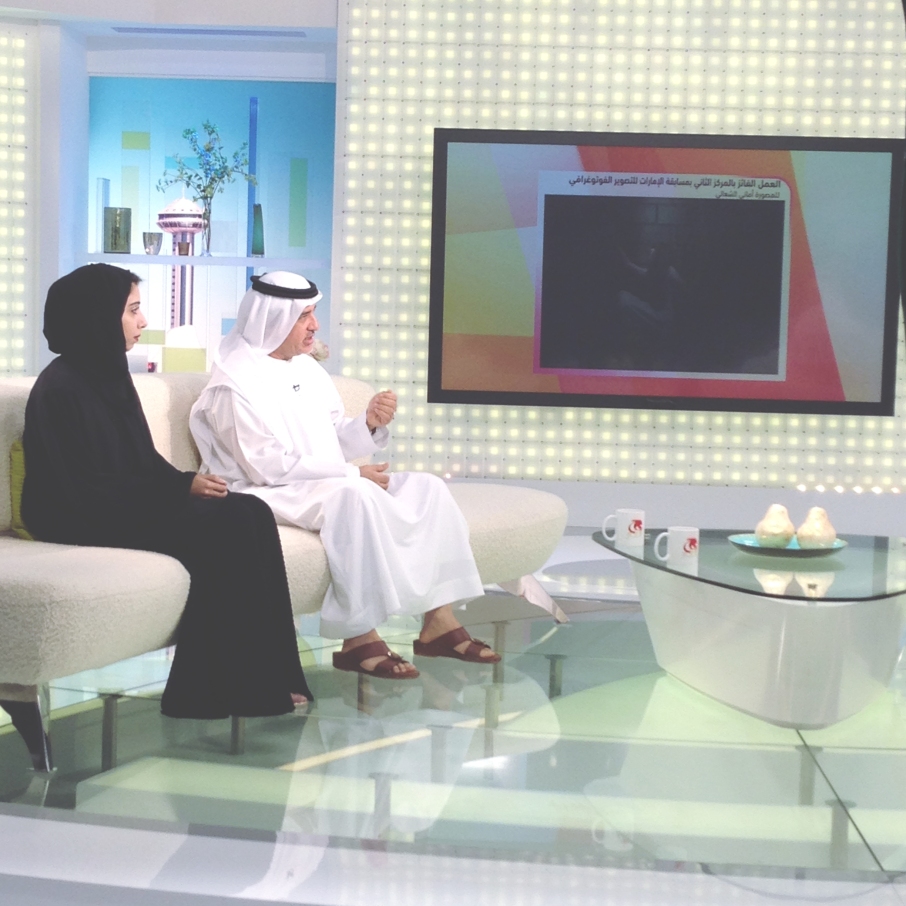 I was told that the interview was going to be up on Youtube on the same day, but it’s not there yet. I got to watch it cause my mom recorded it and oh god, the awkwardness. And I could not stick to arabic, I ended up saying the words “theme” and “dark” because my brain froze and I couldn’t remember what these are in arabic lol.

After the interview, Noura and I went back to the hotel and hung out with my sister, but we had to get going. I also met an incredible woman called Moza Alfalasi. She was one of the winners, and she was so sweet. She had dinner and breakfast with me and my sister, and before leaving we went to see her and she kept asking me to be careful and drive safe on the way back. I’m so happy that doing stuff like this enables me to meet such wonderful people.

That was the end of my trip to Abu Dhabi.

Last night was Slidefest at Gulf Photo Plus. I’d been super excited about it for the longest time but when it was finally time, I got so nervous. I could barely eat anything yesterday haha. There were some amazing photographers there, and I really enjoyed watching everyone else’s presentations. Please take a  few minutes to see who was there and check out their work here. I prepared a video so I wouldn’t have to speak much. There was a Q&A after it was over but that’s about it. It was an amazing experience. Terrifying, but amazing.

What was even more terrifying was sharing this. It wasn’t that I was worried about how people would react, but I felt like I was letting go of something I’ve held on to for so long, something so personal. But I kept reminding myself that maybe if I put myself out there, it could help someone do the same thing. Get help, talk to someone, anything. The feedback I got was incredible.

Just the fact that they used my picture for the invites was amazing. Everyone I’ve met that works at GPP is awesome, I love them all. I don’t know if I’d be doing what I do now if it wasn’t for them. 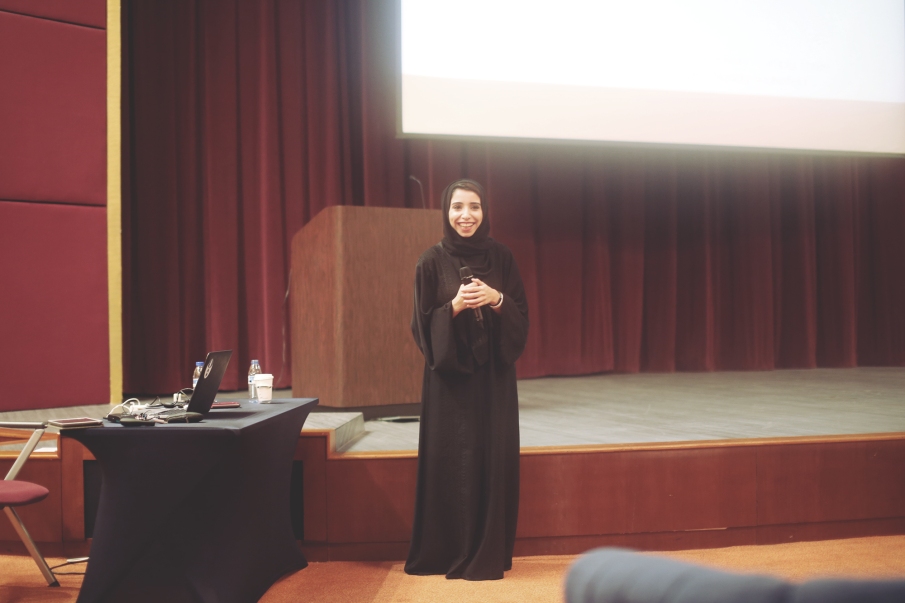 And I know I’m falling behind on the 52 Week Project, but I’ll have the new image up by Saturday! 🙂